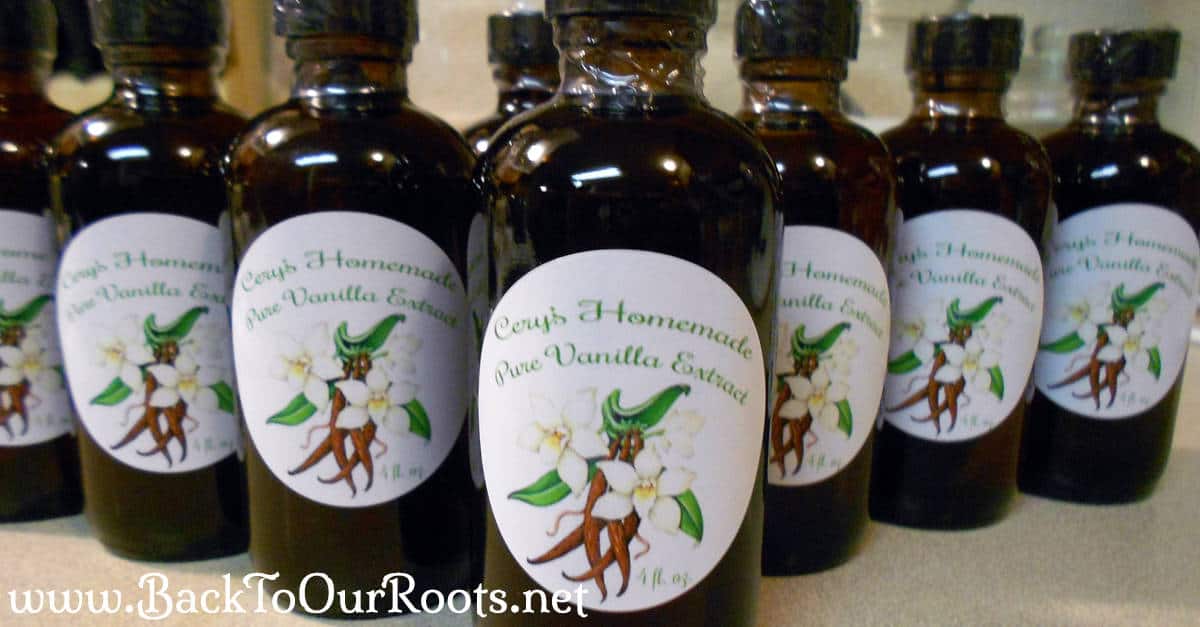 Have you heard the one about the woman you went into the liquor store and asked for a gallon of vodka?

And you should have seen the looks on their faces!

Apparently, vodka is not sold by the gallon, it’s sold by the liter. So, then I had to try to figure out how many liters make a gallon.

We finally decided that 2-1.75 liter bottles would be about a gallon.

I am sure you are all fascinated by that bit of information and are now asking yourselves, “Why in the world would anyone need a whole gallon of vodka?”

And the answer to that question is, “To turn it into a whole gallon of vanilla extract, of course!”

This little vanilla adventure started when I saw a blog post about making your own vanilla.

Since I had recently thrown mine out (after I discovered the stuff I had contained high fructose corn syrup), I wanted to give it a try.

So I got a few vanilla beans and a small bottle of vodka. I stuck the beans in the bottle and waited.

After about 6 weeks I was enjoying using my very own homemade vanilla extract.

No artificial anything, and no HFCS!

I decided that homemade vanilla extract would be a great Christmas gift for my friends and family that bake.

And that, my friends, is where that whole gallon of vodka comes in. I ordered my Premium Bourbon Madagascar Vanilla Beans from this great website called OliveNation.

They have lots of other great stuff, as well as free shipping on their vanilla beans. Saving money on shipping is always a plus!

It takes anywhere from 4 to 6 months to make a gallon of extract.

At 4 months you can begin to use it and at 6 months it is double strength.

And as a bonus, after I made the extract I dried the beans and used them to make vanilla sugar and vanilla cinnamon sugar. I used dehydrated sugar cane juice, but any kind of sugar will work. 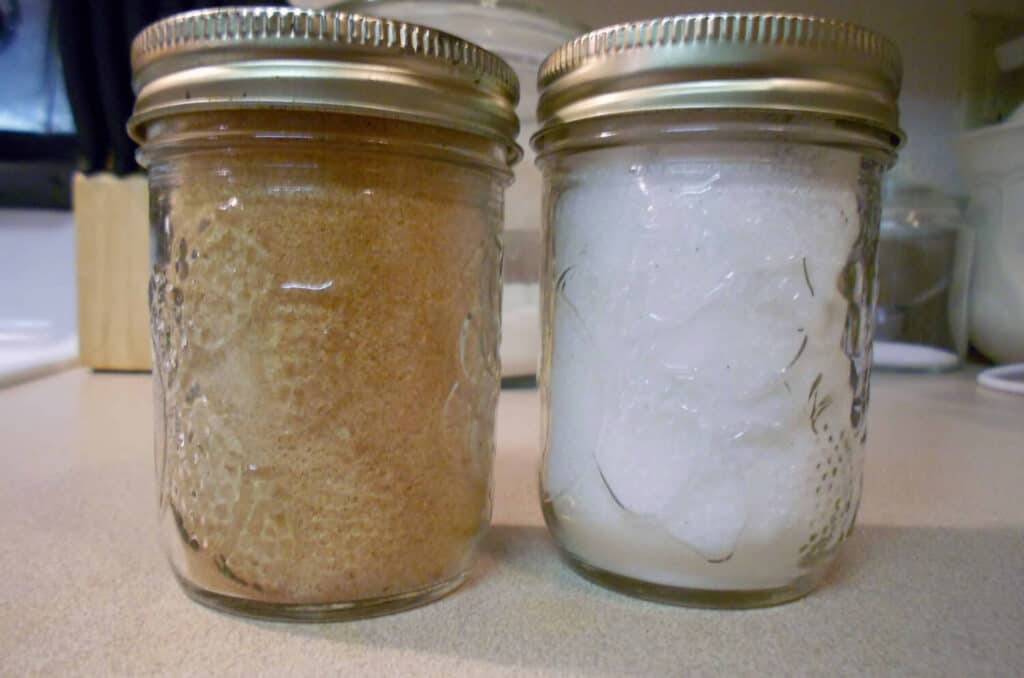 And then I made these fun labels to go on the tops. 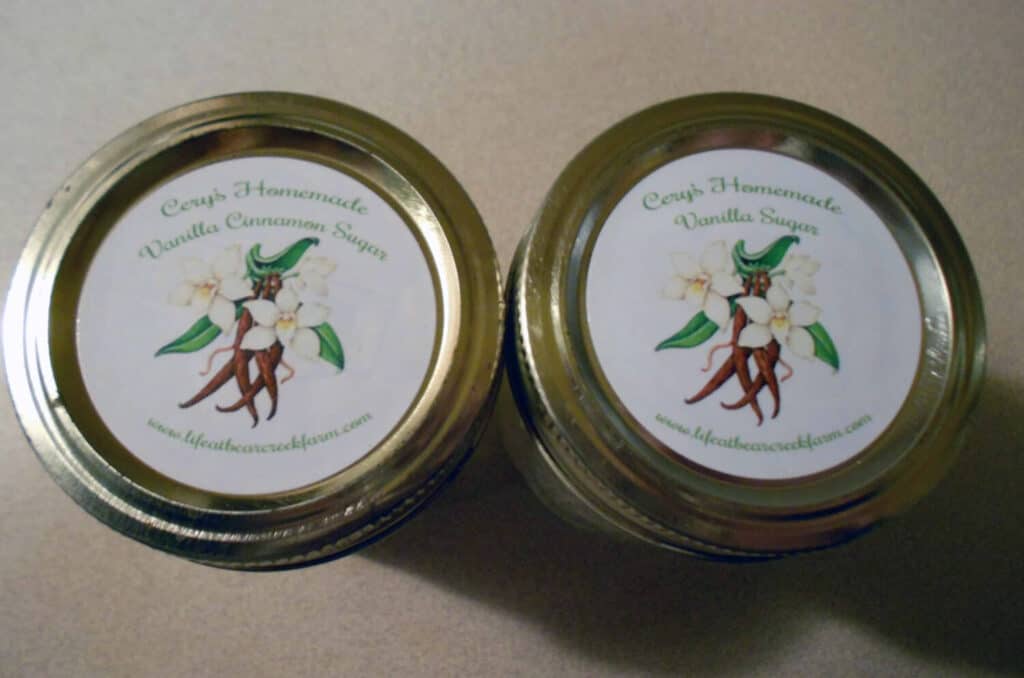 Here are the directions for making a gallon of homemade vanilla extract.

You can, of course, make smaller amounts, but your story won’t be nearly as funny. 🙂

The first step is to split the vanilla beans lengthwise to within about an inch of one end. 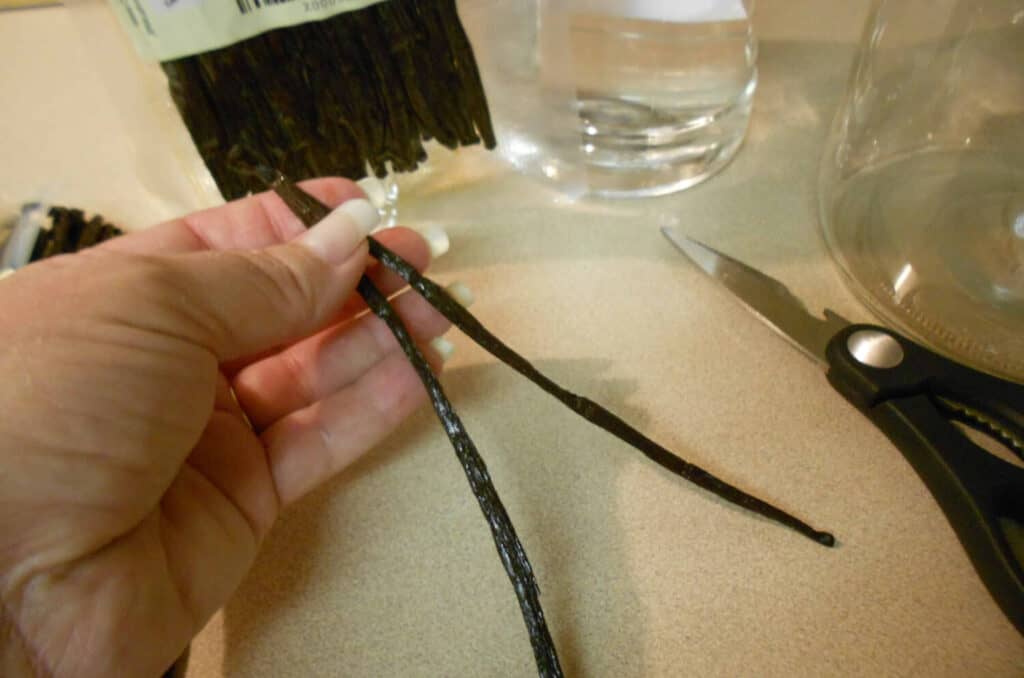 Then you put the beans in the jar and add the vodka. 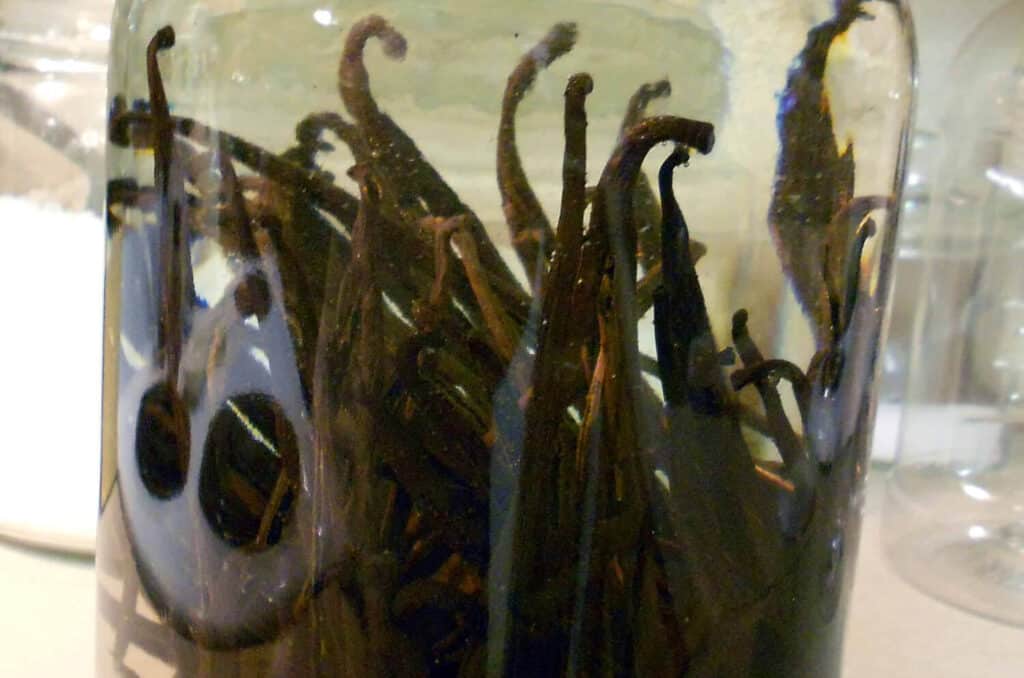 the under vodka world of vanilla beans

Put the lid on the jar and shake it well.

Now put the jar in a cool, dark place.

About once a month or so you need to shake the jar again. 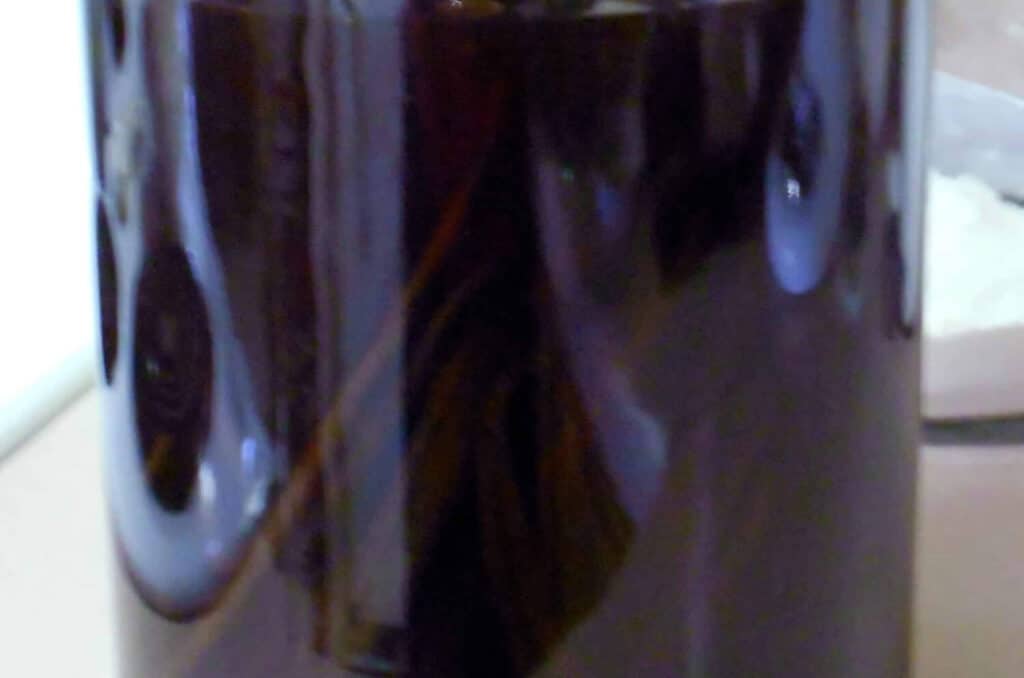 through the magic of blogging, it’s now 4 months later

I kinda rushed things for Christmas, but next time I will let it sit for the full 6 months so it will be double strength.

How to Bottle Homemade Vanilla Extract

When you are ready to bottle it, strain it through a coffee filter or cheesecloth into a large pot. 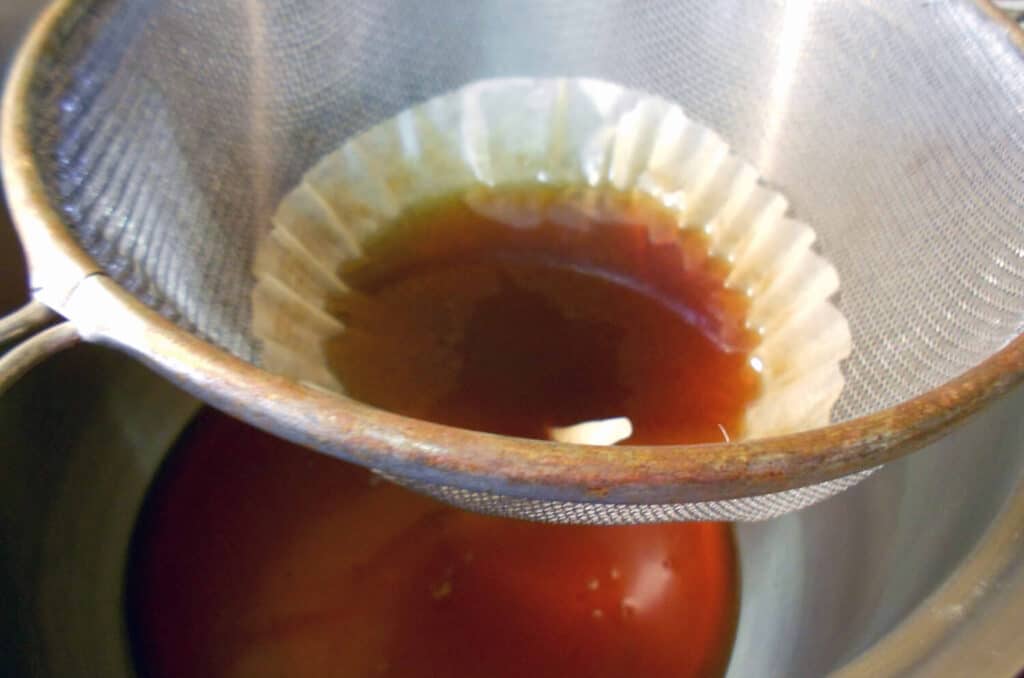 I used a coffee filter this time, but next time I will use the cheesecloth. The beans have some oil in them and that seemed to clog up the filter I used.

All that’s left is to put it in the bottles.

I put a vanilla bean in each bottle before adding the extract. That way, the recipients can add a little more vodka to the bottle as they use it.

I got those cool 4oz amber bottles

online. And then made some more fun labels. 🙂

I made some labels for you too! Click here to download the templates. You will need 2″ round labels for printing.

The vanilla is perfect for gift giving.

The sugars also make great gifts. I like to use the plain in my hot tea and I sprinkle the cinnamon sugar over my soaked oatmeal.

What would you use the sugars for? Can’t wait to hear your ideas!

Here’s more things to replace in your pantry:


« Savory & Satisfying Thyme Roasted Potatoes
What Is A Shrub, And How Do You Make One »