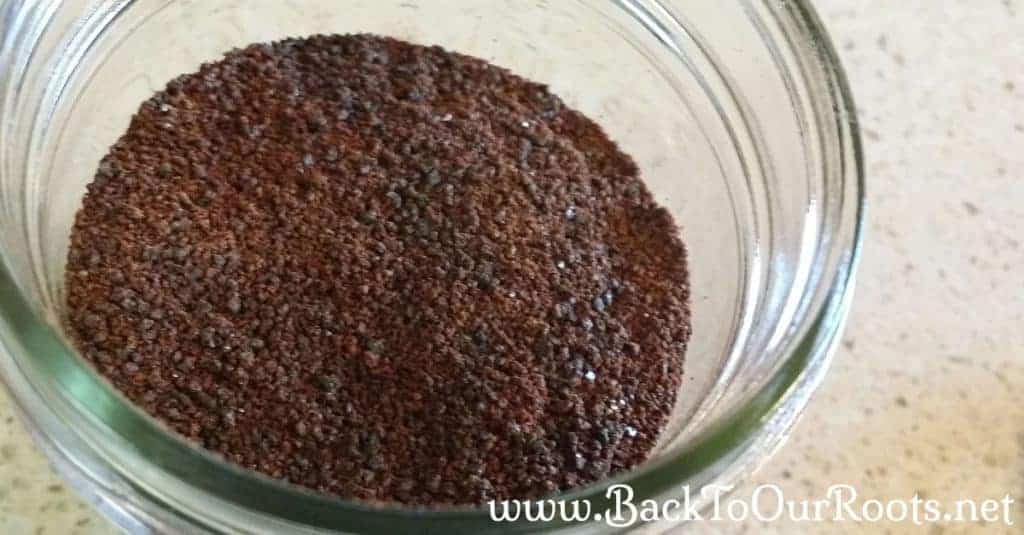 Like most of you, I have a limited amount of space for my canned goods. So if there’s something I want to have on hand that can be stored in a way that takes up less space I am all for it!

Dehydrated bone broths take up way less space than jars of broth. And sometimes you just need to give something a bump of flavor without adding liquid.

If you’ve never made your own bone broth before, you can learn how to make Beef Bone Broth in the crockpot, and Poultry Bone Broth on the stove top.

Of course, if you wanted to make beef broth on the stove or chicken broth in the crockpot, you are more than welcome. Free country and all…

It’s pretty simple, really, just takes a little time. Seems like I say that a lot around here…

I dehydrate a whole batch of broth at a time so I only have to do it once or twice a year. And I don’t add salt to the stuff that I’m planning on dehydrating, that way I know it’s not going to make stuff too salty.

Cuz no one wants too salty stuff.

How to Make Homemade Bouillon

To start with you need broth and a dehydrator. Duh, right? Oh, and a big stockpot. This is the dehydrator that I have and I love it!

After you make the broth, (following the instructions further up), strain it and chill it so the fat hardens on the surface. I usually just put it in the fridge over night.

Once the fat has hardened, take it all off and toss. You could keep it if you wanted to, but there’s usually not much and it doesn’t seem worth messing with to me. 🙂

Now put the broth back in a heavy stockpot. Bring it to a good rolling boil.

Let it boil away until it becomes quite thick. After it has reduced by about half, I pour it into a smaller pot. 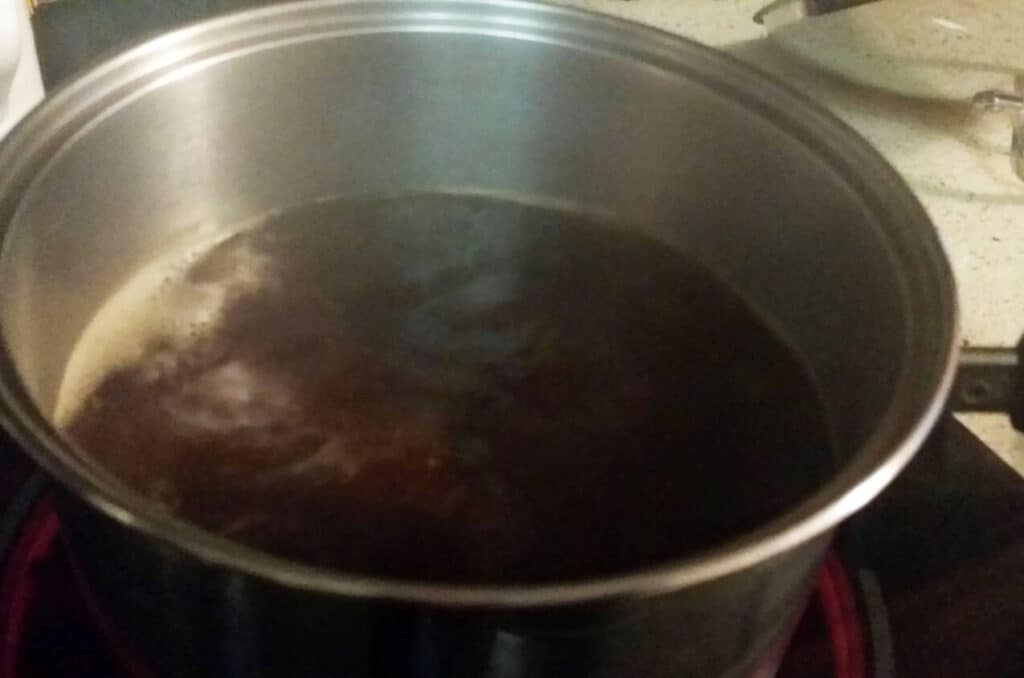 into the smaller pot

Continue boiling and stirring occasionally until it takes on a syrup like consistency. You will know it’s ready for the dehydrator when it forms a skin on the top. 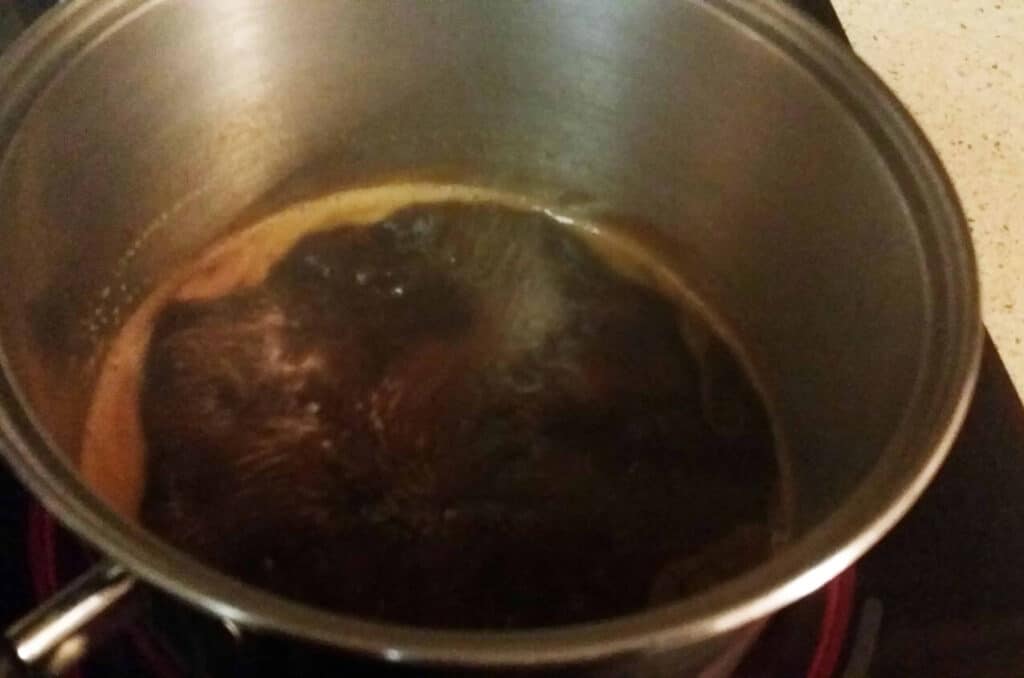 the skin is starting to form

Using a spatula, spread the thick syrupy broth onto the fruit leather sheets that fit your dehydrator.

If you don’t have those nifty little sheets, you can cut some parchment paper to fit your trays. 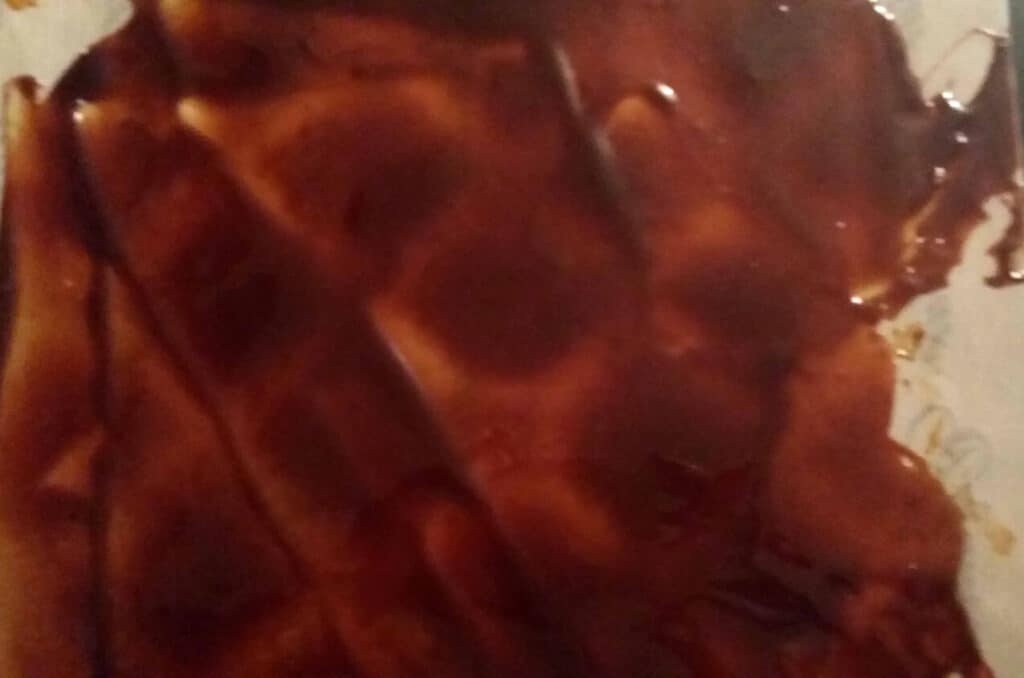 Put the trays in the dehydrator and turn it on to about 155°F. The bouillon should take about 24 hours to become completely dry and brittle.

When it’s dry, take the trays out and let them cool off for about 10 minutes or so. 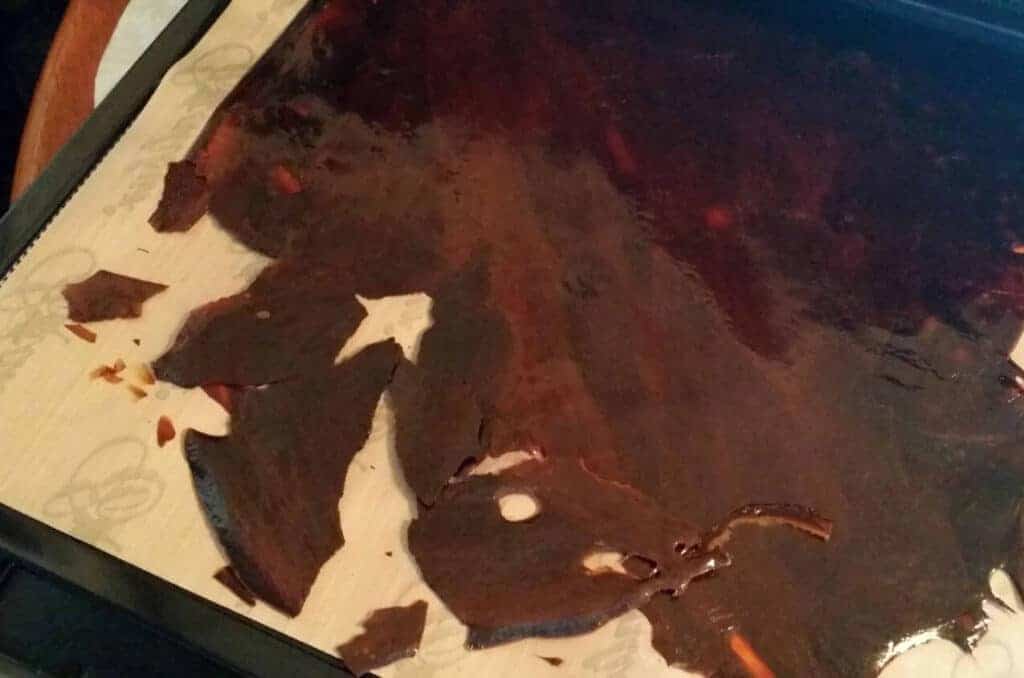 all dry and brittle

Then all that’s left is to whiz it up in the blender or food processor until it’s pretty much just powder.

It still retains all the goodness of the original bone broth and it’s way easier to store and has way less sodium that the stuff from the store. 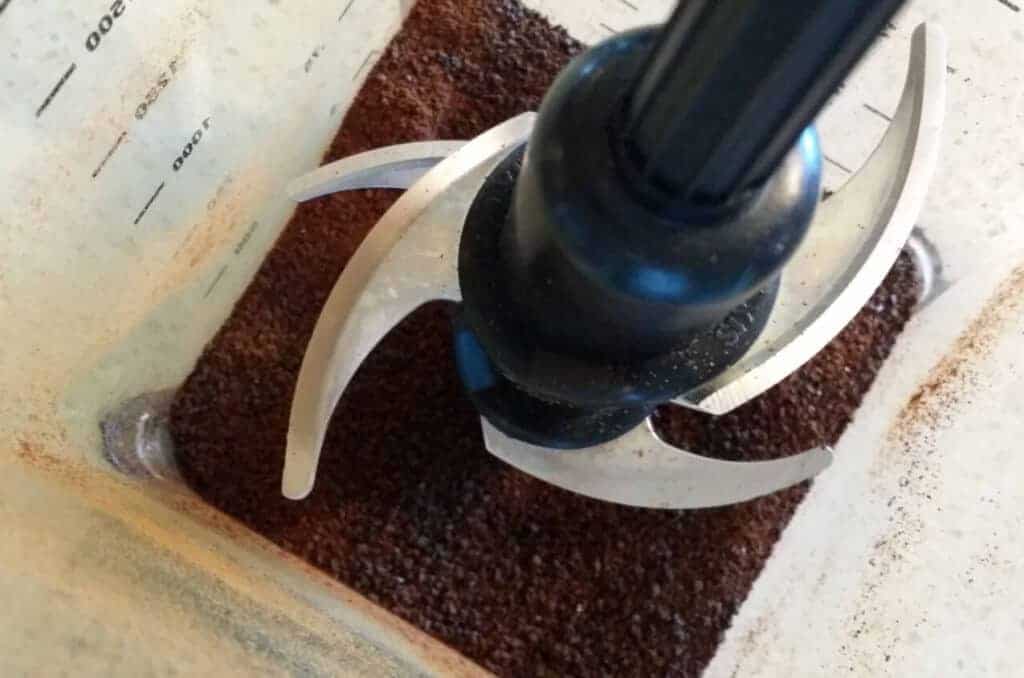 Use your homemade bouillon just like you would any other kind. Add 1 tsp of bouillon to 1 cup of boiling water to make it back into broth.

I mostly use this to flavor gravy and for my homemade soup mixes. But occasionally, on a cold day, I’ll make me a bowl of broth to warm me up.

I even use chicken bouillon to put in the jars when I’m canning chicken.

And it’s really handy if you go camping or backpacking a lot. If you seal it well and store it in a cool, dark place, this homemade bouillon will last practically forever.

, cuz that’s how I roll. I seal them with my FoodSaver

. That way, I only have a small amount unsealed at a time, and the rest stays in my pantry storage.

I love having my own homemade bouillon always on hand. I know exactly what’s in it, and just as important, I know what’s not in it! 🙂 So make some for yourself and add it to your list of things you don’t have to buy again. Ever.

Oh, and if you’re wondering about cleaning up that pan with the bits of brothy syrupy stuff that you couldn’t scrape out, I add some water back in and make some soup for dinner. You’re welcome. 🙂

Here’s more things to replace in your pantry:

No posts found.
« Menu Planning ~ What It Is and How To Do It
How To Make Your Own Frugal Dishwasher Powder »