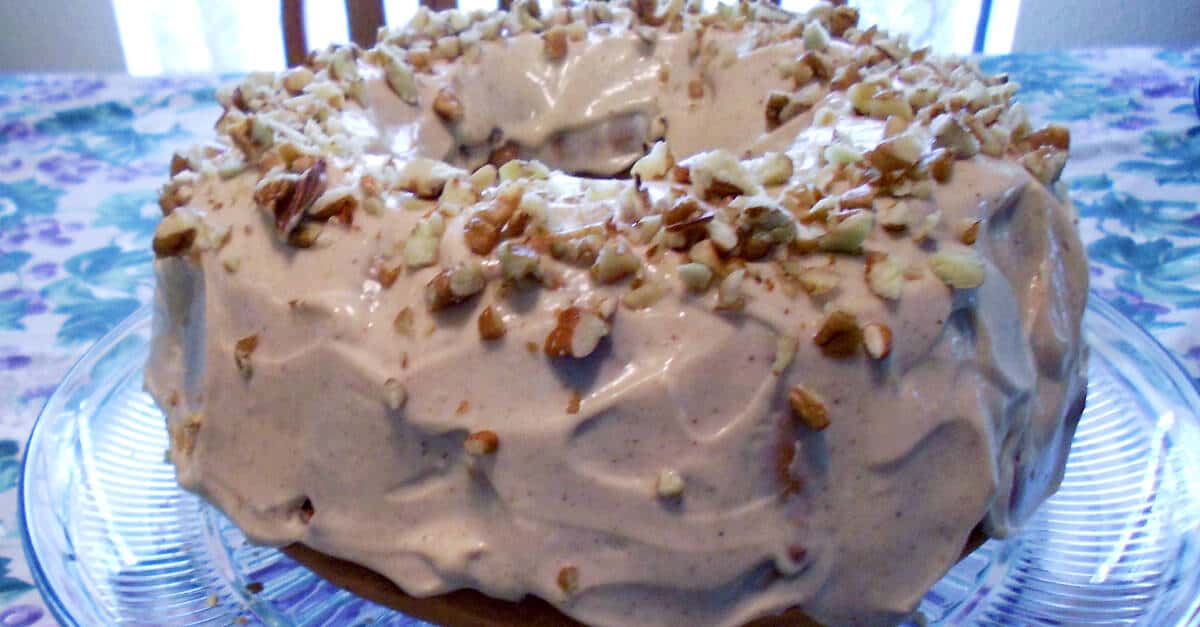 Have you ever been just beboppin’ through life and you suddenly thought, “Holy cowzers! It’s fall already!”

Well, that happened to me last week. The other day dawned overcast and in the low 60’s.

It’s been mostly high 70’s & 80’s still in this part of the country, and the urge to bake was too strong to resist.

And since I still hadn’t baked anything pumpkin, that afternoon I decided to come up with a recipe for pumpkin poundcake.

Now I know there are probably thousands of pumpkin poundcake recipes on the internet, but I like to play in the kitchen. It’s what I do.

So that’s what I did.

And I have to say that this was a hit with my friends and family!

I frosted it with cream cheese flavored with cloves, cinnamon, vanilla and sweetened with local raw honey.

And just in case that wasn’t enough, I chopped up some pecans and threw them on the top.

The house smelled heavenly while it was baking and I couldn’t resist, I just had to have a piece still warm from the oven.

As always, I try to use the freshest, least processed stuff I can find, and that’s how my recipes are written.

I actually used organic, unbleached white flour in this recipe. If you don’t have organic stuff, just use what you have and don’t feel guilty about it (like I used to).

Homemade always tastes better and is better for you than store-bought!

So here we go. 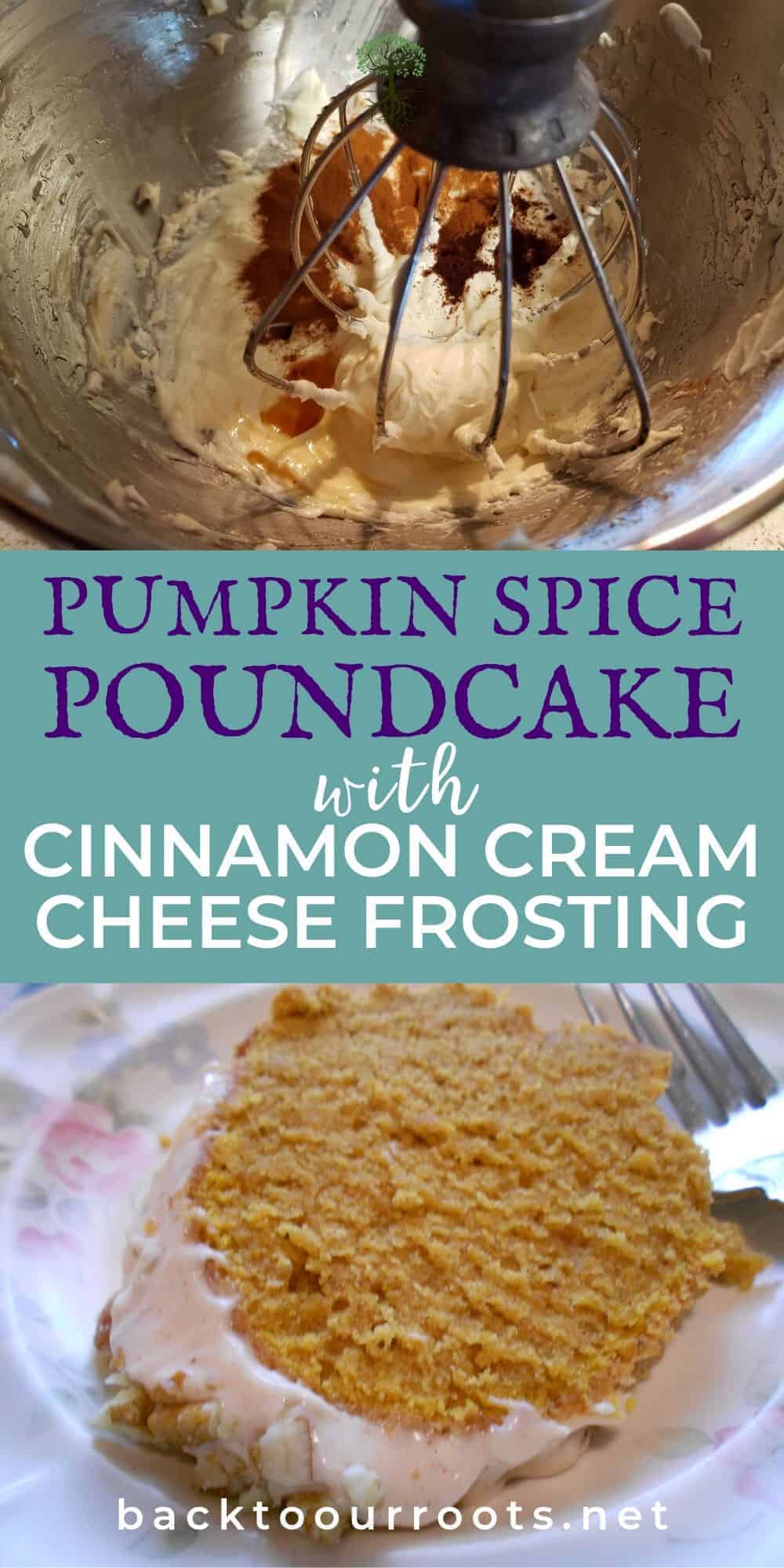 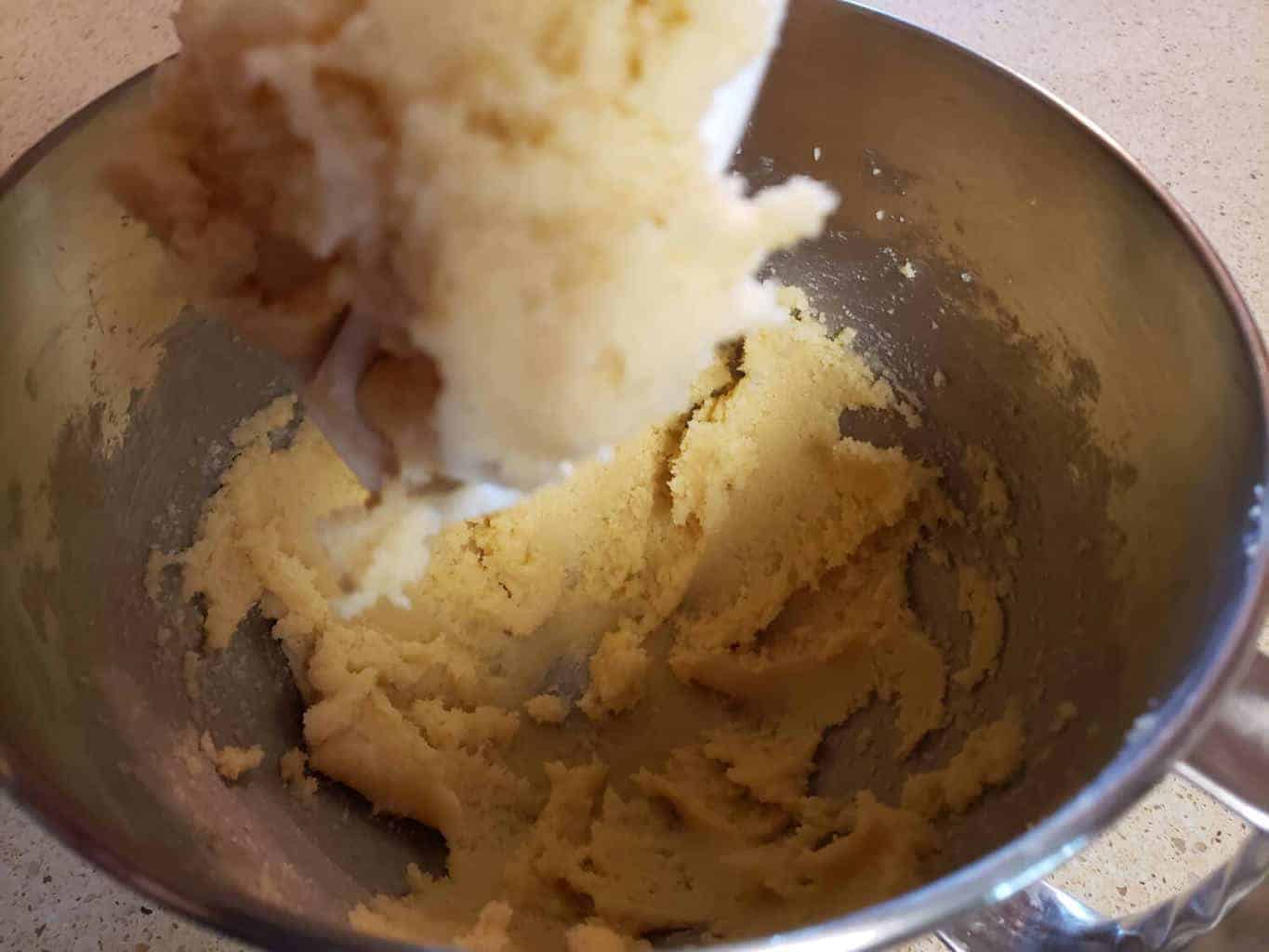 creaming the butter and sugar together

Then add the eggs one at a time, beating well after each one.

After the eggs are mixed in, beat the mixture on high for 2 ½ minutes.

Then add the vanilla, cinnamon, nutmeg, ginger, and cloves and mix well.

Add the pumpkin and beat on high for 2 more minutes. 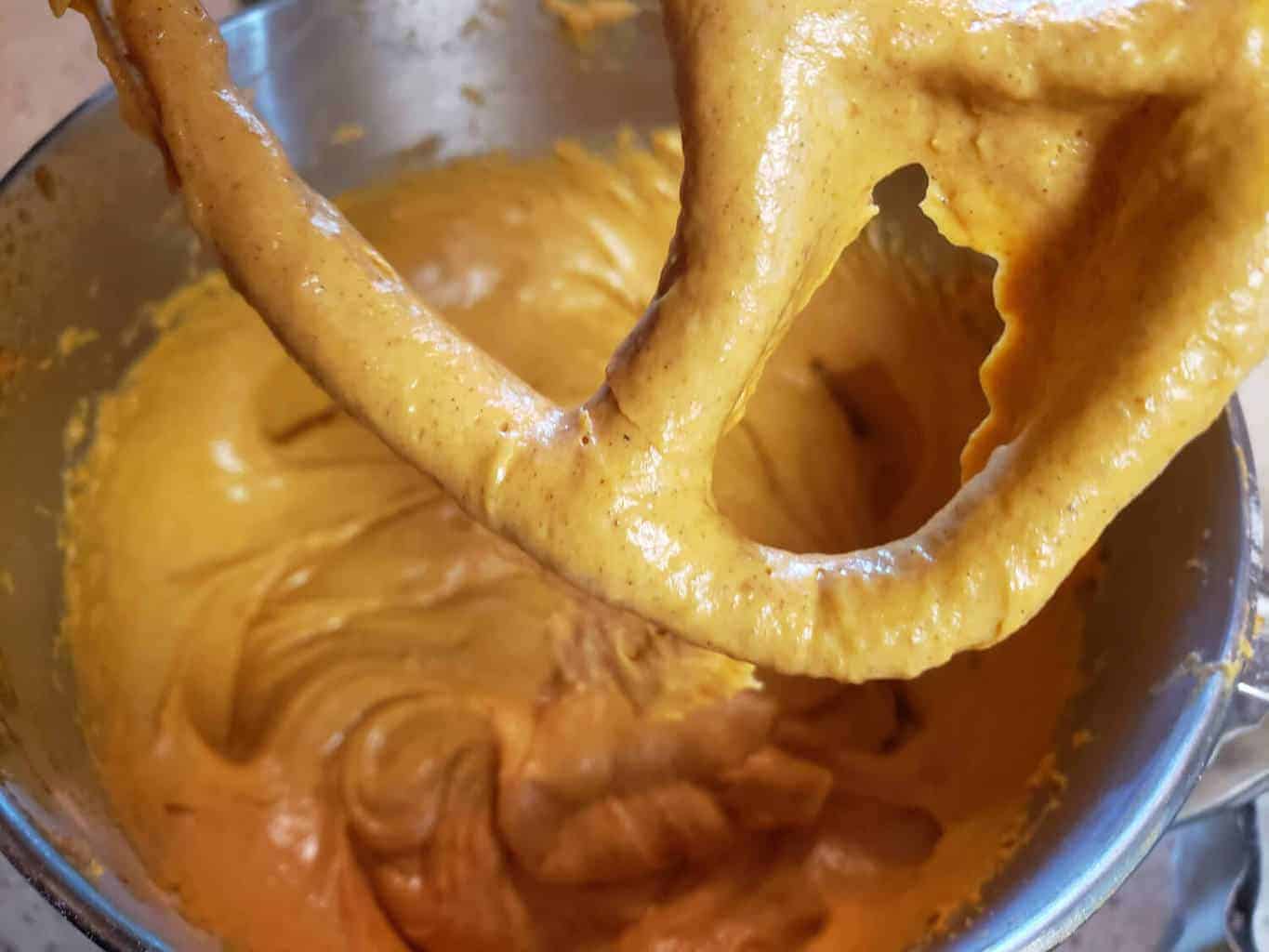 adding the spices and pumpkin

While that is beating, sift the dry ingredients.

When that has been mixed in, beat on high for another 3 ½ minutes.

Now it’s time to butter and flour a Bundt pan. (This

one is my favorite.)

And finally, spoon the batter into the prepared pan. The batter will be quite thick. Smooth the top and bake at 325°F for 1 hour and 10 minutes. 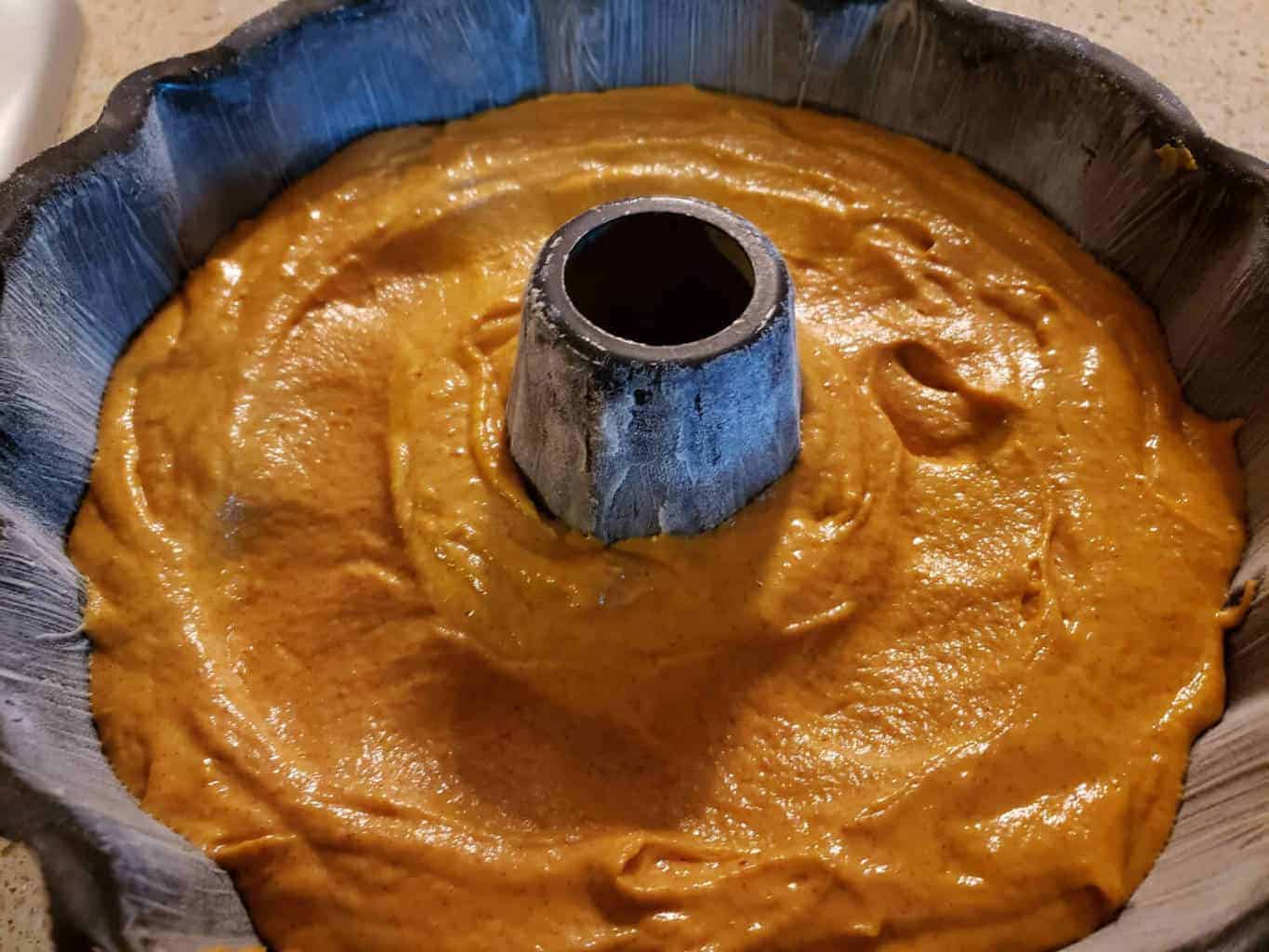 in the pan it goes-see the little dent in the middle?

You can take a spoon and make a little dent in the middle of the top all the way around so that you don’t get a really high point there.

I only do that when I’m using a Bundt pan because I’ll be turning it upside down on the cake plate.

While the cake is baking, go ahead and prepare the frosting. It needs to be chilled before you use it.

After an hour and 10 minutes, test with a toothpick.

If the pick comes out clean, then remove the cake from the oven and turn it out onto a cooling rack.

Let the cake cool before frosting. It doesn’t have to be cold, just not still warm enough to melt the icing. Cuz that makes a pretty big mess. 🙂

In a mixer with a wisk attachment, cream the cream cheese until fluffy.

Add the honey a little at a time, scraping the sides of the bowl frequently.

Add the cloves, the cinnamon, and the vanilla and mix well. 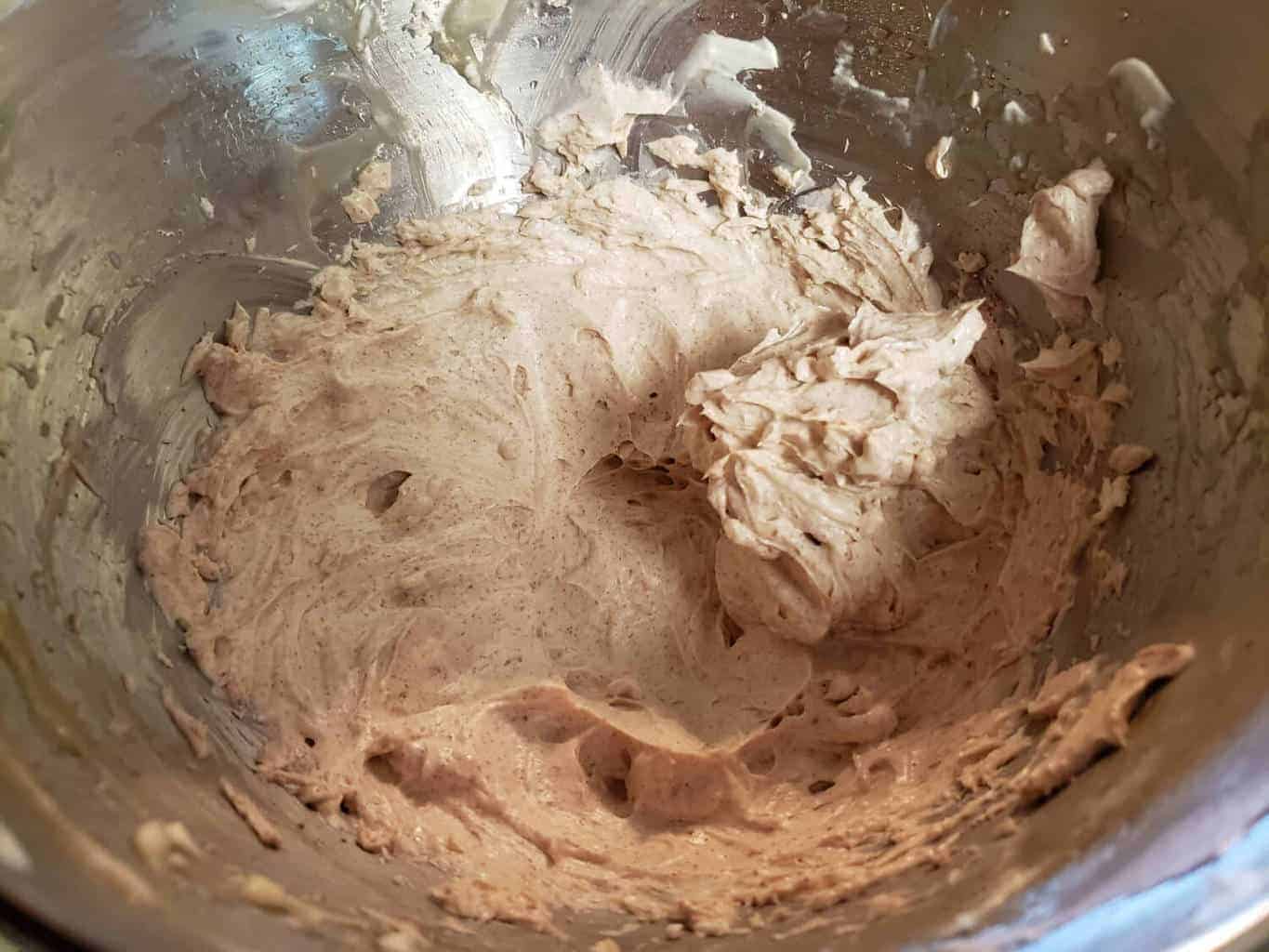 icing all ready to go chill

Cover the frosting tightly and refrigerate until you are ready to frost that yummy pumpkin poundcake that is currently smelling up your house.

Chilling will make it firm up so it doesn’t run all over the place when you try to frost the cake.

After the cake has cooled, put it on a pretty serving plate (like this

one that doubles as a punch bowl. How cool is that?) and slather on that amazing cream cheese frosting. 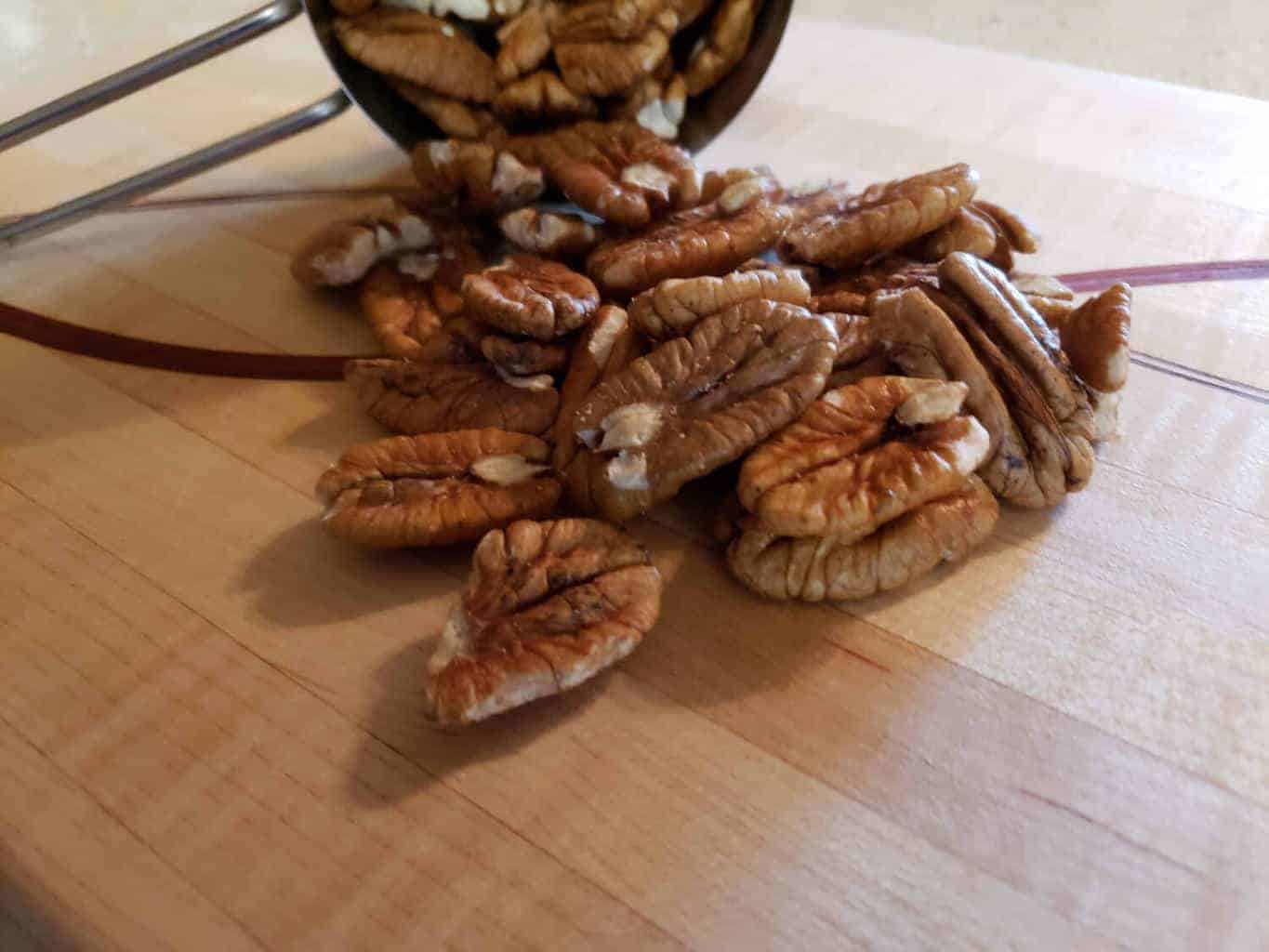 Then chop up about a half cup of pecans and toss them over the top if you want to.  I almost always want to.  🙂

And now, cut yourself a slice of this amazing pumpkin poundcake and pour yourself a nice hot cup of whatever you love most. And then, take a minute to relax and enjoy the fruit of your labors!

What do you start to crave when fall weather comes to your neck of the woods? 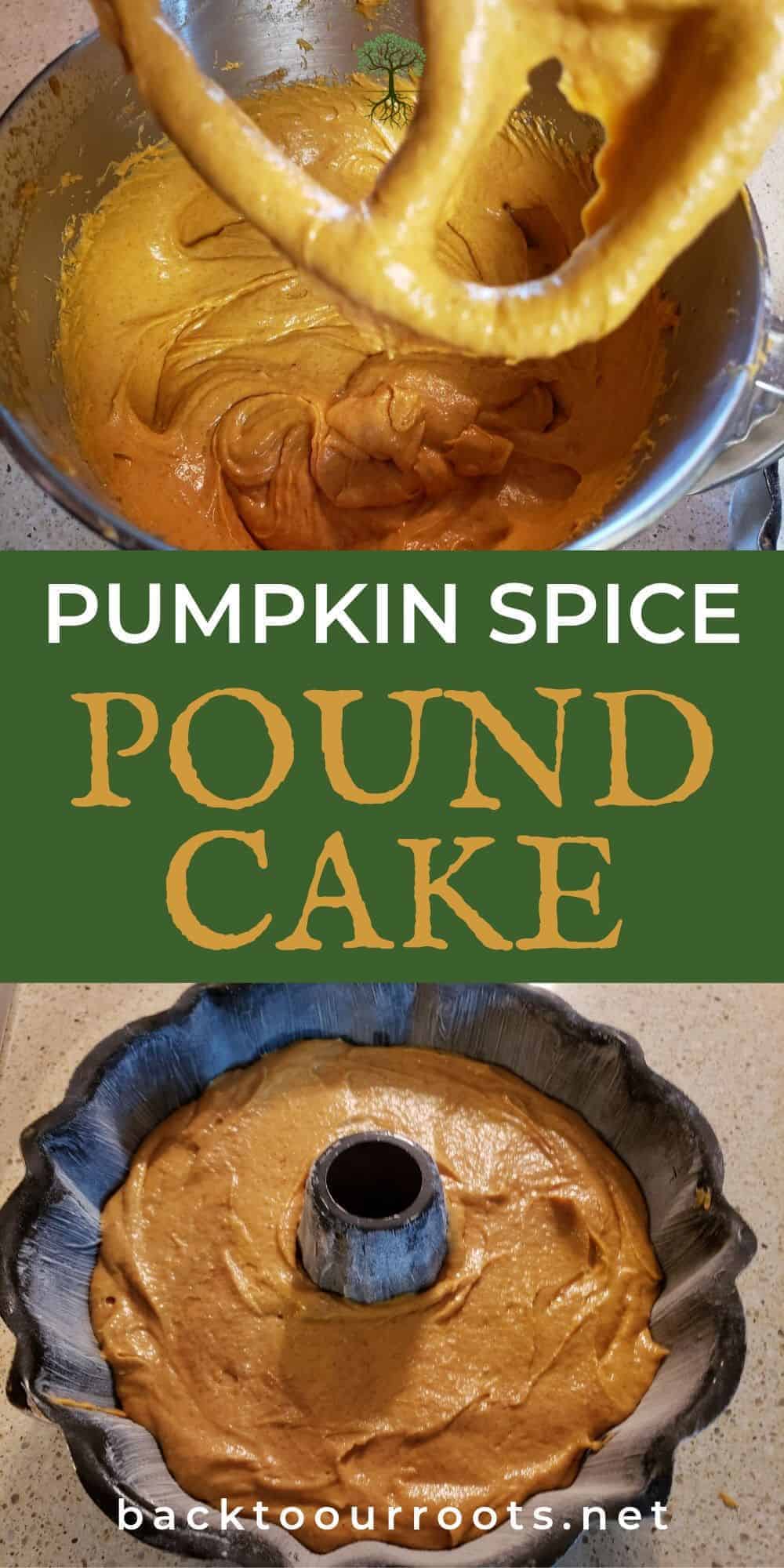 More delicious desserts you should try: 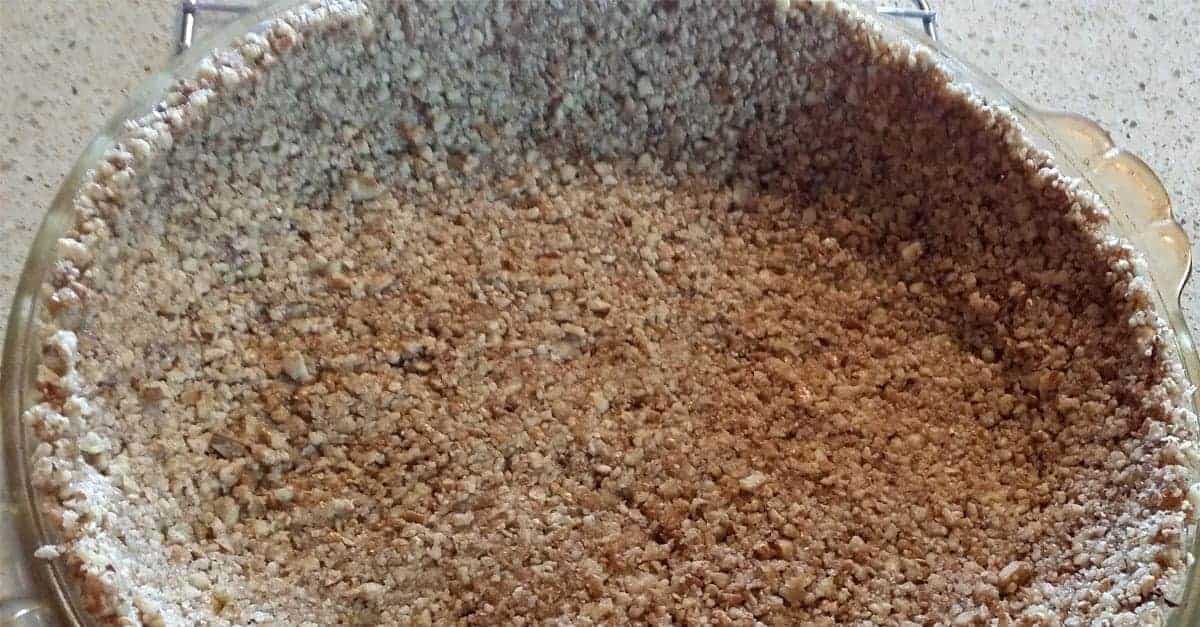 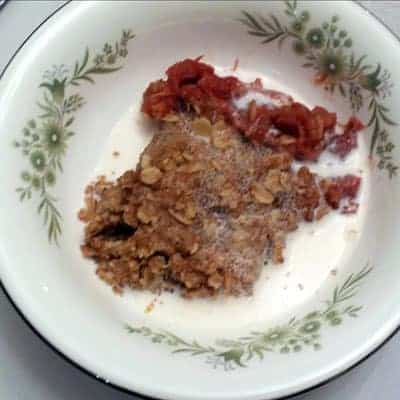 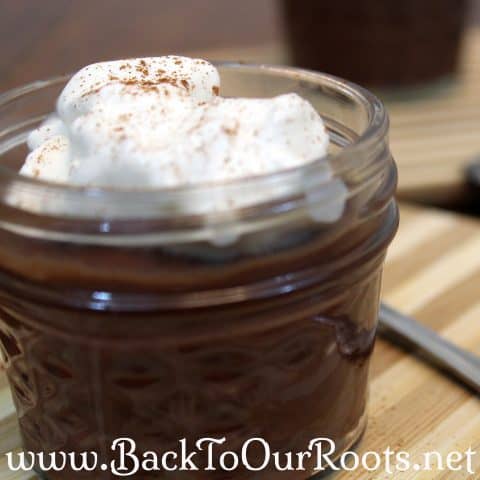 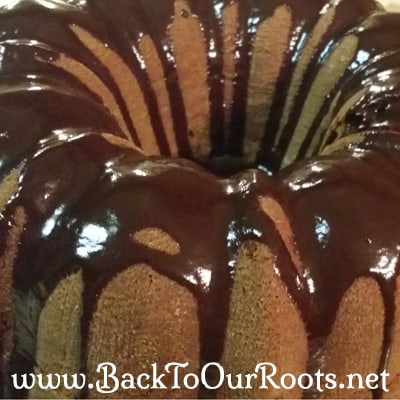 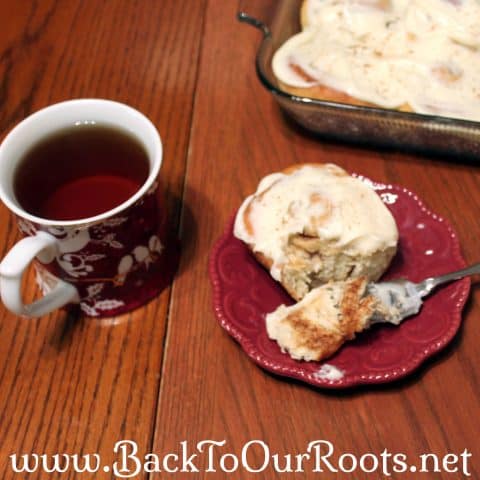 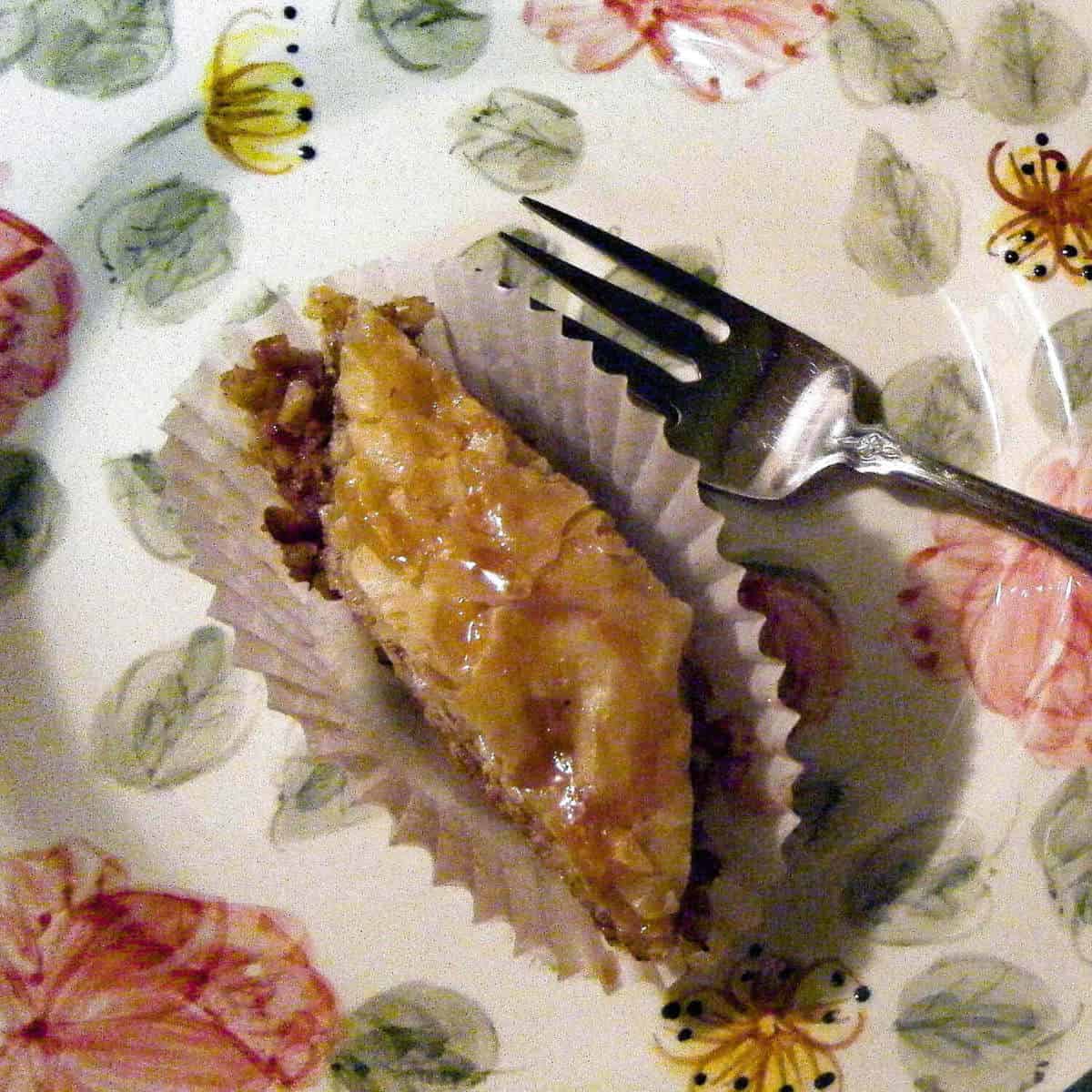